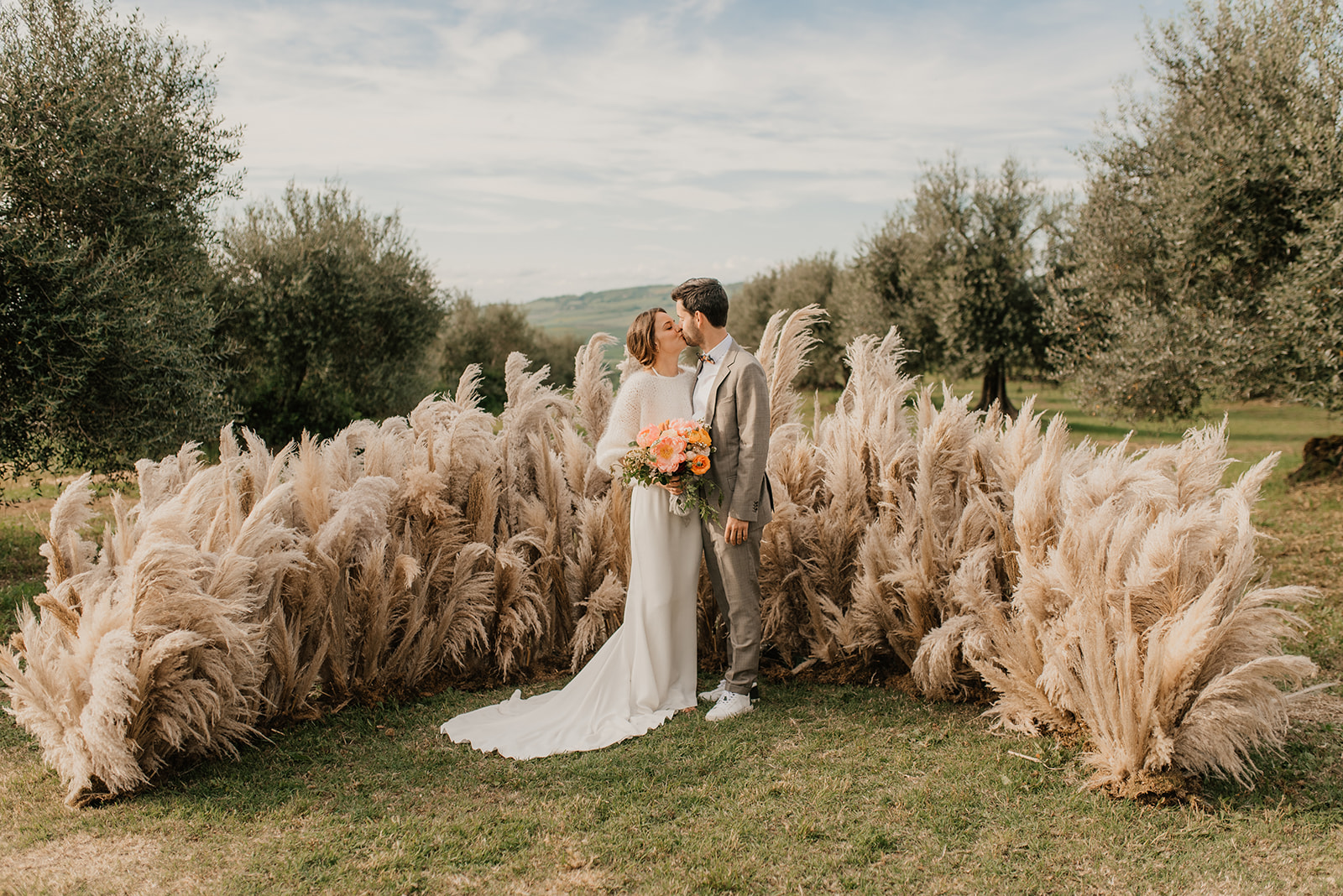 If you ever dreamed of eloping in Europe, you’ll most probably find what you’re looking for in Italy. It’s hard to find a part of Italy without amazing scenery; the rolling hills with its vineyards, the mountain peaks and lakes, the Mediterranean seaside and the islands. Many places can be reached by car, boat, railway or cable car, other spots are less easily accessible and require you to hike.

Why you should Elope in Italy

Before we dive into the details of planning your Italy adventure, here are just a few reasons why it’s the perfect country for your elopement!

With mountains, hills, lakes, beaches, cliffs and islands, Italy’s got everything. From lush green and snowy to rocky and sandy, whatever kind of nature you are looking for, you’ll most probably be able to find it in Italy as it stretches from the Alps into the Mediterranean Sea.

With 24 National Parks, chances are that if you’ve ever been to Italy, you’ve visited at least one of them – probably without even knowing it. Unlike US National Parks, Italy’s National Parks don’t have entrance fees and aren’t just nature focused, but also show the cultural and historical heritage of the country.

With an estimated total of 100,000 monuments, Italy has a lot to offer to those who enjoy incredible architecture, and not just in Rome, Florence and Venice. There’s the Amalfi Coast, Cinque Terre, Ostuni (The White City) and Alberobello with its The Cone-shaped Trulli Houses. And then there are beautiful fountains, art galleries, castles and farmhouses spread all over the country.

Eat, pray, love – while she could have easily done all three of them in Italy, it’s clear why the eat-part couldn’t have been placed anywhere else. What’s not to love about Italian food?

Italian food is fresh, simple and made with passion. Italian chefs don’t like to complicate things by mixing too many elements, so you actually taste the few high quality ingredients that the dish is made of purely and deliciously. Oh, and let’s not forget about their wine!

If you have any food allergies or intolerances, Italy tends to be the perfect country too as most of their chefs know how to work without any cross contamination. ​(​I’m speaking from experience as a ​celiac myself.​)​

Where to Elope in Italy

In Northern Italy you’ll find the Alps with the Aosta Valley and the Dolomites including Lago di Braies, as well as Lake Como, and the other Lakes of the Italian Lake District like Lake Garda. The north is also home to beautiful cities like Milan, Venice, Bologna and Genua, and the beautiful small coastal towns like Cinque Terre.

Some of the most enchanting places in Central Italy are Rome and Tuscany with the cities Florence and Sienna. In Southern Italy you’ll find the famous Amalfi Coast, but also Ostuni and other somewhat hidden gems in Puglia. And last but not least Insular Italy, with Sardinia and Sicily.

All of these places can be spectacular locations for your elopement, it all depends on what the two of you really want for your adventure. Contact me for more info about the elopement possibilities in these places.

When to Elope in Italy

Generally speaking April/May/June and September/October are the best months to elope in Italy. Of course it all depends on the exact location that you are going for, the activities that you have in mind and how much you mind being surrounded by other tourist. Personally my favorite time a year for an elopement in Italy is late September / early October, when the tourism has quieted down and the weather still tends to be fairly mild.

Can we Legally get Married in Italy?

Yes, you don’t need to be an Italian resident to be able to have a civil ceremony in this beautiful Southern European country.

How to Legally get Married when you Elope in Italy

The steps you need to take to make things possible depend on where you are from. It’s best to start planning your legal elopement at least 6 months in advance, as you’ll probably need to get some of your documents translated and have certain appointments in advance of your civil wedding. Though you might be able to make things happen in 3 months or even less, depending on your home country.

If you’re interested in learning more about the exact requirements for your partner and you, send me a message and I’ll guide you through the process.

Civil weddings as well as civil union ceremonies are conducted in Italian and officiated by the local mayor or by the civil registrar with an interpreter present to translate the ceremony and vows. The ceremony takes place at the town hall or at another authorized venue, it lasts about 20 minutes and you’ll have to bring two witnesses. This unfortunately means that you cannot legally get married outdoors or at just any venue to you liking.

Why I tend to recommend a Symbolic Ceremony instead

A symbolic or a commitment ceremony isn’t legally binding, however, many couples opt for a ceremony like this when eloping abroad. You can choose to get married in your own country before or after eloping, or to just not get officially married at all – make sure you check what this means for you both legally and financially.

A symbolic ceremony means that you won’t have to deal with all the paperwork nor play by the rules of the country that you’ve chosen for your adventure. Some couples have told me they prefer their elopement to be just between the two of them and to have no governments involved. Other couples found it all too complicated or wanted to elope last-minute and didn’t have time to arrange everything necessary.

For Italy specifically, the fact that same-sex couples cannot get married here on top of the rule that you have to get married at a specifically assigned venue in order for it to be legal, are for many reasons enough to go for a symbolic ceremony instead. 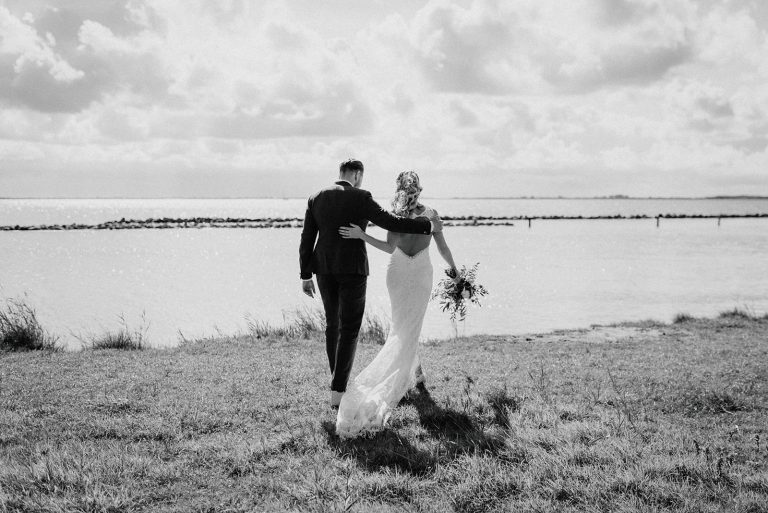 Eloping is all about implementing the things you love and skipping the parts you dislike. Want to hike… 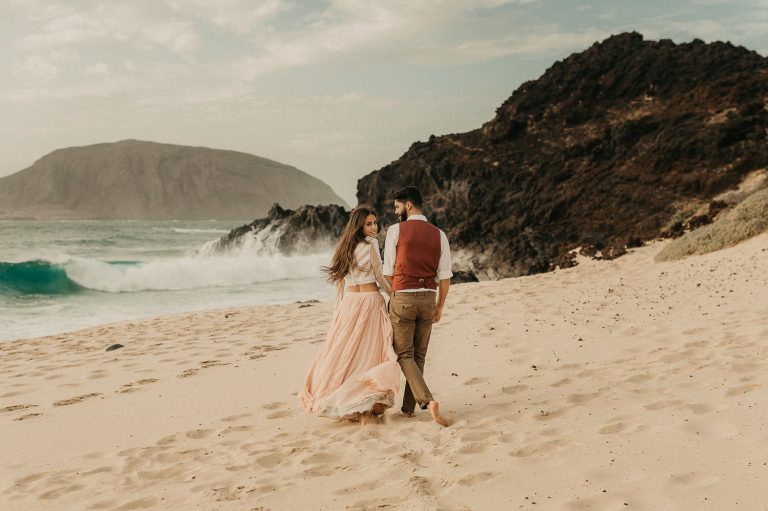 Why you should Elope in Spain Before we dive into the details of planning your Spain adventure,…