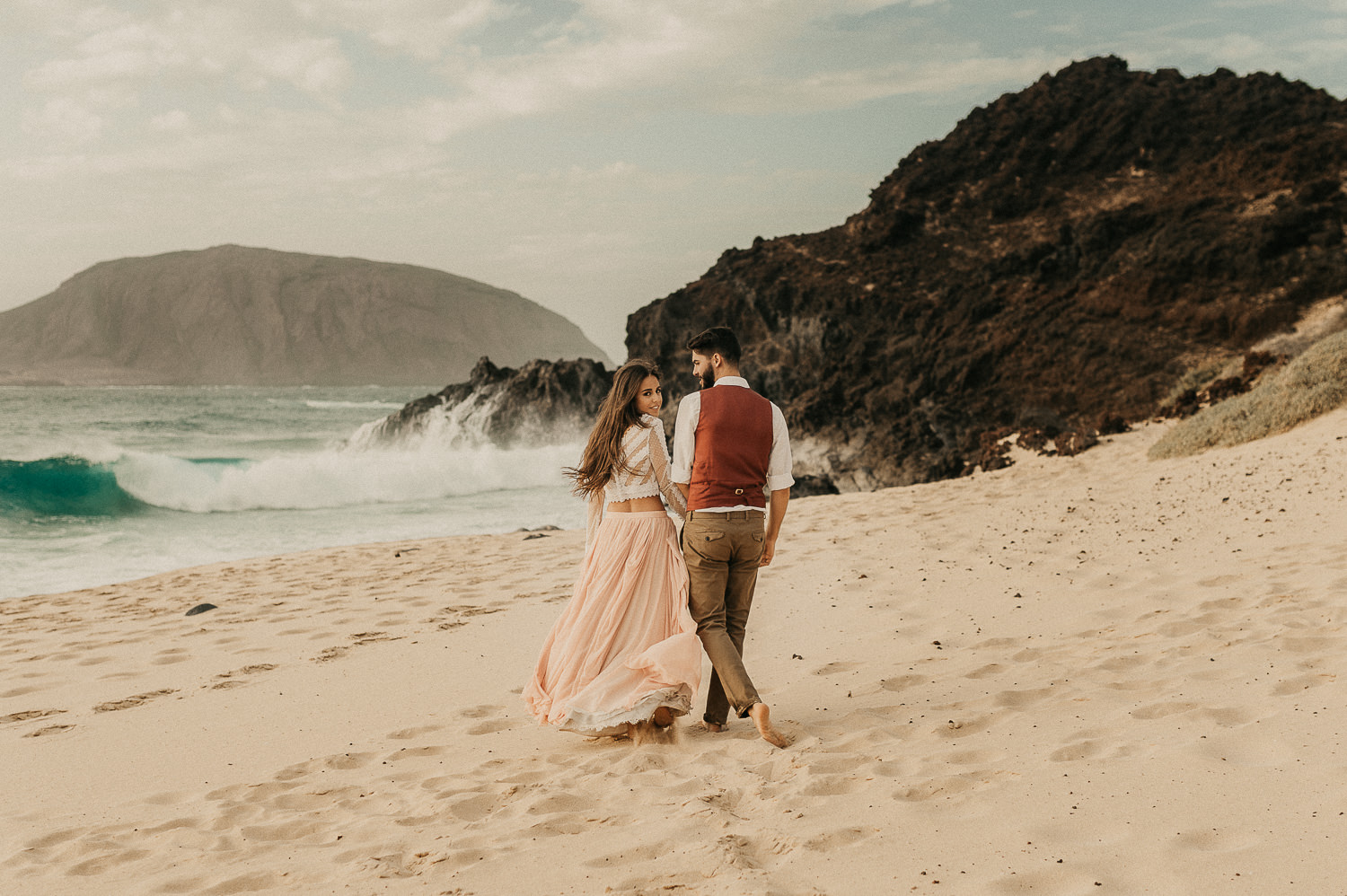 Why you should Elope in Spain

Spain is the perfect country for your elopement! It’s got a variety of charming locations that will whisk you away into your dreamy Spanish adventure. Let’s explore all the beautiful and delicious reasons to choose Spain for your elopement before we dive into the details of planning.

Spain’s nature is as diverse as its history. From the lush green north, to rocky mountain peaks, idyllic beaches and volcanic red hues on some of its islands.

There are many beautiful old cities, towns and villages in Spain, like Cordoba and Seville in the south where you will find streets and plazas lined with sweet-smelling citrus trees and intricately painted ceramic tiles. The ancient Spanish capital, Toledo is just a mere hour away from Spain’s pulsing capital, Madrid. Or, perhaps, Albarracín with its towering medieval walls and enchanting castle. Barcelona and all its enchanting beauty on the northern edge of Spain’s Mediterranean coast. Or the picturesque seaside village of Altea with its year-long sunshine and sea breeze.  While you may have heard of Barcelona’s beauty, the stunning southern city of Granada’s breathtaking Alhambra palace will transport you to the height of Moorish splendor in Spain, complete with awe-inspiring architecture and art. I’ve been told that it came in number eight to the Seven Wonders of the World.

The Spanish lifestyle is relaxed, focused on the outdoors and on delicious food. People tend to be friendly and enjoy having a coffee/drink in good company. Of course, the mild, sunny climate is a great facilitator of this lifestyle, as well as the Spanish tapas tradition – small appetizers that often come free with your drink.

Where to Elope in Spain

Spain has beautiful coastlines that are perfect for elopements, like the Costa Brava and the Costa del Sol. I lived a couple of years on the Costa Dorada which I still love. And a hidden gem amongst the Costas would be the Costa Verde in the north.

There are also quite a few beautiful cities in Spain like Barcelona, Toledo and Granada. As well as picturesque towns, like Nerja, my old hometown Sitges (very queer-friendly) and Cadaqués. And there are mountain ranges like the Pyrenees and the Sierra Nevada.

Spain counts a lot of Islands that are incredibly beautiful and fun elopement destinations, like Mallorca and Menorca together with Ibiza and Formentera in the Mediterranean. But also, the Canary Islands, like Tenerife and Lanzarote are great places for your elopement.

If you ask me where it’s best to elope in Spain, my answer would be: it all depends on what the two of you really want for your adventure. Contact me for more info about the elopement possibilities in these places.

When to Elope in Spain

Generally speaking, April/May/June and September/October are the best months to elope in Spain. Of course, it all depends on the exact location that you are going for, the activities that you have in mind and how much you mind being surrounded by other tourist. Personally, my favorite time a year for an elopement in Spain is late September / early October, when the tourism has quieted down and the weather still tends to be fairly mild.

Can we Legally get married in Spain?

If neither you nor your partner has been a legal resident of Spain for the past two years, then unfortunately you won’t be able to legally get married in Spain.

A symbolic or a commitment ceremony is definitely possible however, and many couples that travel to elope choose a non-legal ceremony like this even in countries where they actually can have a civil ceremony. It’s just the easier option as you don’t have to deal with all the paperwork and legal regulations. You can choose to get married in your own country before or after eloping, or to just not get officially married at all – make sure you check what this means for you both legally and financially.